Containing a blend of the ecologically important purple non-sulfur bacteria (PNSB) Rhodopseudomonas palustris and Rhodospirillum rubrum, PNS Substrate Sauce™ helps to establish a healthy and dynamic microbiome in all marine and brackish aquaria. Cultured on select nutrients, the microbes in this product are specially grown to enhance nitrogen cycling in new systems right out the bottle. Excellent for use with deep sand beds and other denitrifying media!

What does PNS Substrate Sauce™ do?

Purple nonsulfur bacteria (PNSB) are extremely ancient microorganisms that are found everywhere on Earth from freshwater and marine sediments to moist terrestrial soils. They are notable for their adaptability, as they are capable of all four major modes of metabolism: chemoautotrophy, chemoheterotrophy, photoautotrophy, photoheterotrophy. This means that they may function similarly to nitrifying bacteria (chemoautotrophs), heterotrophic bacteria (chemoheterotrophs), or plants/algae (photoautotrophs). But they are most unusual, interesting and indeed useful as photoheterotrophs. As they consume organic carbon, they take up ammonia/nitrite/nitrate and phosphate as nutrients. While able to survive in virtually any environment, PSNB are “in their element” where there is little-to-no oxygen, at least some light and plentiful organic matter (deep sand beds, under live rock, within porous filter media, etc.). This makes them very much unlike “traditional” nitrifying bacteria which prefer dark, highly aerated environments and utilize only inorganic carbon sources (e.g. CO2). Thus, rather than competing with the nitrifiers found in typical biofilters, the PNS bacteria in Hydrospace™ PNS Substrate Sauce™ actually complement them. In so doing, they reduce the amount of time required to complete the nitrogen cycle in new aquaria! Additionally, unlike the aerobic nitrifiers, PNS bacteria can perform denitrification, converting nitrate into harmless nitrogen gas. May be used side-by-side with Fritz TurboStart! Fantastic for seeding live rock!

As these bacteria grow, they become an excellent, natural live food source for corals. Stony and soft corals alike have been shown to directly consume PNSB, which are rich in protein, vitamins and color-enhancing carotenoids. Even more, they act as powerful probiotics! PNS Substrate Sauce™ is specially made for saltwater aquaria. And, it is completely safe, non-toxic and non-pathogenic. PNSB may vary in color from yellow to red to purple depending upon pigment content, which is determined by environmental and dietary factors; product color may vary from peachy-purple to orange-red. Pink to lavender bioflocculants (which may form in the bottle) do not affect product quality.  Need a side of pods and phyto with the combo after you start stocking? Then check out the Ultimate Ecopack which contains pods, phyto and PNS YelloSno™ along with PNS ProBio™, a formulation of PNSB specifically adapted for use in mature systems! The benefits of PNS Substrate Sauce™ are numerous:

Shake the bottle to gently but thoroughly mix contents. Pour directly into the aquarium in an area of high flow. Alternatively, soak into new substrate, live rock or porous biofilter media (pre-rinse dry materials with saltwater). Do not operate protein skimmers or UV sterilizers for the duration of the cycling period. This product may be added at any time (e.g. as a planktonic coral food), but is best used early in the aquarium conditioning period to accelerate and stabilize the nitrogen cycle. Store at room temperature. Dosage: Add up to 16 fluid ounces PNS Substrate Sauce™ per 400 US gallons (approximately 1.25 ml/gal) daily. Risk of overdose is extremely low with these safe, probiotic bacteria. 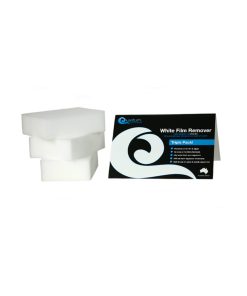 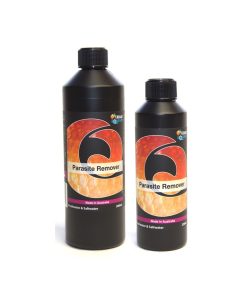